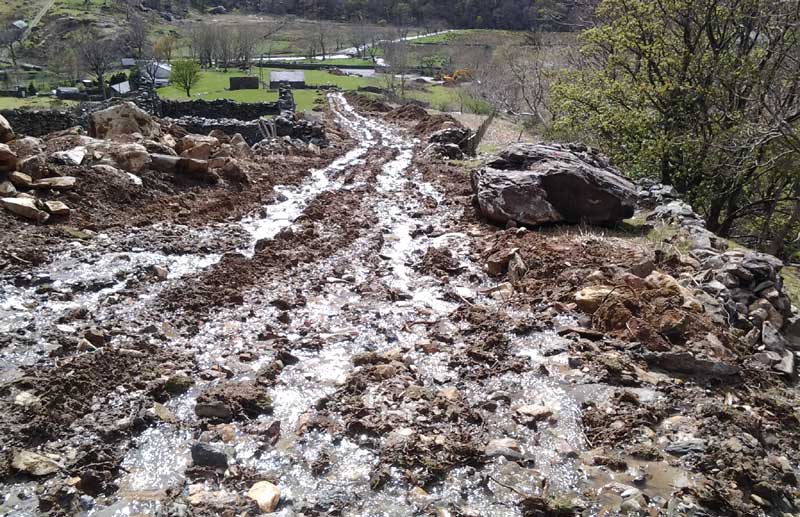 Your help needed to protect the Afon Lâs from further damage (details of what you can do below).

We reported on damage to one of Snowdonia’s beautiful rivers during construction of a hydro scheme in May  http://www.snowdonia-society.org.uk/hydro-power-images-speak-for-themselves/

Snowdonia National Park granted planning permission on condition that the developer followed the ‘Detailed Method Statement, Environmental Management Plan and Restoration Plan’ which they supplied with their application. 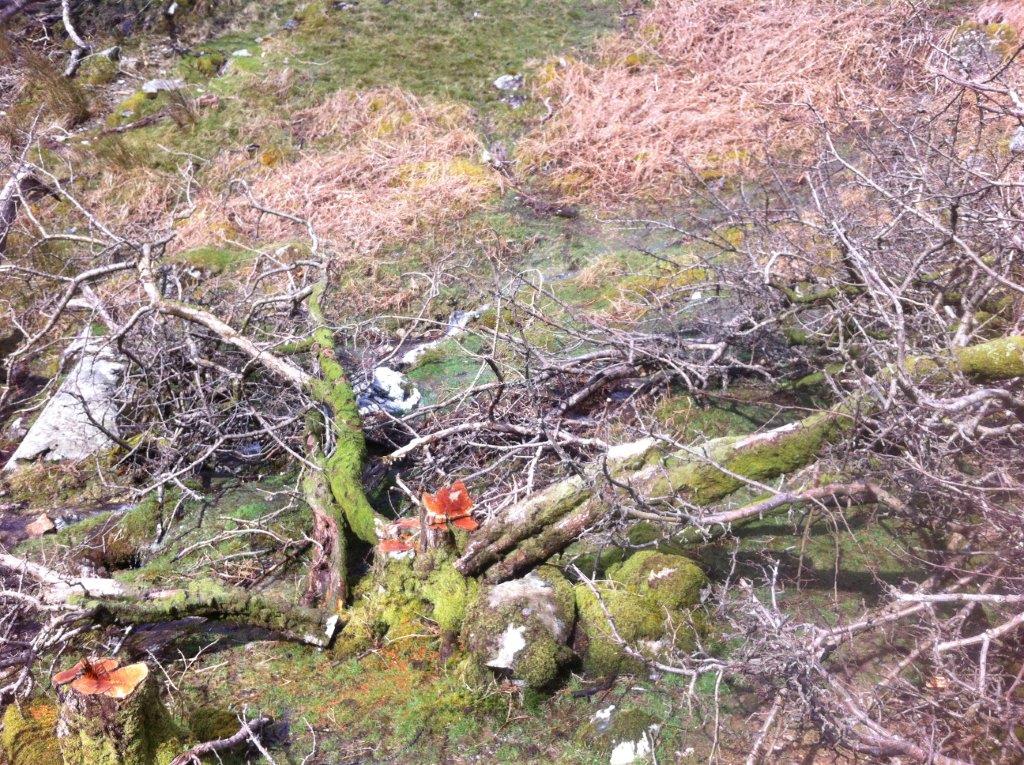 But without permission Afon Lâs Hydro Power changed the route of the pipeline, cut down and damaged trees, drove their machinery through the river and created a huge gash which re-routed the river down a new track.  This resulted in pollution in the river and all the way downstream to Llyn Padarn, where a silt plume was photographed by investigating officers from Natural Resources Wales. Following these events, the authorities put a stop notice on all works at the site.

Today that ‘Detailed Method Statement’ looks like a sick joke, as the developer applies for a ‘Variation’ of planning conditions to legitimise the damage they have already done.

The developer’s new Detailed_Method_Statement.pdf (prepared by North Wales Hydro Power and Gritten Ecology) is a shocking document. It admits that the previous plan was completely unworkable.  It seeks retrospective permission for damage already done, It proposes new ‘mitigation’ which will involve further damage, including concrete structures at tributary crossings.  Above all this document makes you wonder why the scheme was  granted planning permission in the first place.

If you think developers should keep to the terms of planning permission, please let the National Park know.  Go to planning application NP3/15/215D , click on ‘Comment on this application’ and object.

For the sake of the Afon Lâs and all the other rivers, ask the National Park Authority to revoke planning permission for this scheme.  The developer has already demonstrated that it can’t be trusted anywhere near our rivers.