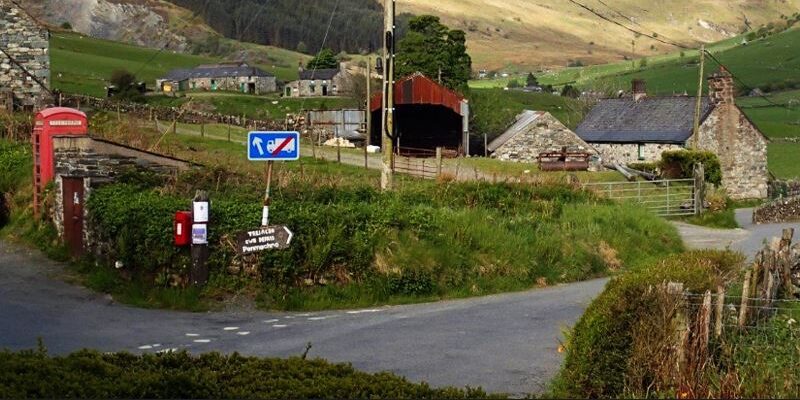 One more piece of rural community infrastructure is once again threatened with removal by BT in the form of the familiar telephone box at Carrog, Dyffryn Conwy.

The payphone sits on a road junction below the vast moorland of the Migneint where there is little to no mobile signal, making it an important communications hub for those in need.

The local community has battled with BT numerous times over the last few decades to keep the phone box in working order in case of accident or emergency; given that many visiting motorists, walkers, cyclists and trades-people pass through the area.

“We have been through this process numerous times over the past 57 years, most recently in 2009 and 2004, when the local community – together with the Conwy council – successfully objected to BT’s proposal to remove this kiosk. This is a lifeline for the local community.” 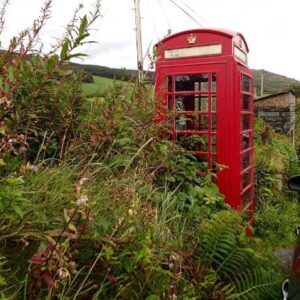 BT’s Public Notice claims that the payphone isn’t used enough to justify its ongoing maintenance. The local community reject this, and say that the phone would be used if BT engineers didn’t ignore reports of faults, rendering it unusable for weeks at a time.

Paul added: “This is part of a bigger discussion about the lamentable lack of mobile phone signal on any network, in Cwm Penmachno and for miles around.”

The Carrog phone box debate represents a familiar tension between the requirements of those who live in rural communities verses the pruning of vital services which are run from cities far away. The Snowdonia Society thanks Paul and Susan for highlighting this issue and for fighting to keep what is now a historic bit of working infrastructure in this quiet spot. We’ll be writing to the National Park Authority and asking them to object to decommissioning of the phone box, and urging BT to keep it in working order.