We have just heard that AMENDMENTS have been tabled for Tuesday’s important debate…see below. If contacting your AM please ask them to support these amendments.

“Plaid Cymru have tabled two amendments:
1. Add as new point 3 and renumber accordingly:
Regrets that the report does not deal with the Sandford Principle as set out in the Environment Act 1995. [Environment Act 1995]
2. Add as new point at end of motion:
Believes that any change in the legislation governing National Parks should be taken through the Assembly as primary legislation.“

On 6th June the Welsh Assembly will debate the future of National Parks and other protected landscapes in Wales.  Add your voice to the call to safeguard National Parks in Wales- see Actions below.

Please act before the debate on 6th June

For some time we have been raising concerns about Welsh Government’s plans to legislate on National Parks and Areas of Outstanding Natural Beauty (AONBs).

In March we asked you to intervene at short notice when we saw a leaked draft version of the  ‘Future Landscapes Wales’ (FLW) report.  Disturbingly the report emphasised the importance of enabling development whilst containing no reference whatsoever to the conservation purpose of National Parks.

Your response was magnificent.  Within 24 hours the scheduled Welsh Assembly debate was postponed, when your efforts alerted Assembly Members to the fact that they were being asked to debate something so important without having even had the chance to see the FLW report.

The Marsden report said we must keep a key conservation safeguard known as the Sandford Principle, so that National Parks and AONBs continue to be properly protected and managed for their natural beauty, wildlife and cultural heritage.  None of these concepts can be found anywhere in the FLW report.

What happens if we do nothing?

If the Future Landscapes Wales proposals go forward unchallenged, we will be heading for the break up of the UK family of National Parks as we have known them for over 60 years. Without a clear restatement of the Sandford Principle, and without a clear commitment to the conservation of landscape, natural beauty and wildlife, the National Parks in Wales could be relegated to a lower tier of Protected Landscapes as defined internationally by the IUCN .

The Future Landscapes Wales vision is an ill-defined future, but one underlying aim is reasonable clear – to remove some of the ‘barriers’ to development which currently exist.  As people who love National Parks we need to make it very clear to Welsh Government that those ‘barriers’ are in fact the only protections – flimsy and inadequate though they are – for the landscapes, natural beauty , wildlife and all that we value and wish to see protected for future generations to enjoy as we have.

The Future Landscapes Wales process has been a shambles from the start – some participants have left in disgust and some major organisations involved will not put their name to the FLW report because it undermines the current purposes of National Parks.

Our National Parks and AONBs mean more than a badge and a marketing brand.  They already deliver a huge amount for Wales and the wider world – see for example Valuing-Wales-National-Parks-. Together we can protect them.  We know that many Assembly Members are concerned by the content of the ‘Future Landscapes’ report.  With your support and encouragement we are confident that Assembly Members will stand up in the Senedd debate on June 6th and defend our National Parks.

But to achieve this you must act before 6th June.  It will only take a couple of minutes to write an email and add your voice.

Actions if you live in Wales

Write to your five Assembly Members (that’s your constituency Member and all four of your regional Members) and ask them to help.

Click on this map to get the email addresses of your Assembly Members.

Make your email short and positive.  Assembly Members are extremely busy people and short emails are more likely to be taken notice of.

Actions if you live outside Wales

Tell her why the National Parks and AONBs of Wales matter to you, for their landscape, natural beauty, wildlife and cultural heritage and the opportunities for quite enjoyment and recreation they provide.

Thank you for doing your bit to protect National Parks. 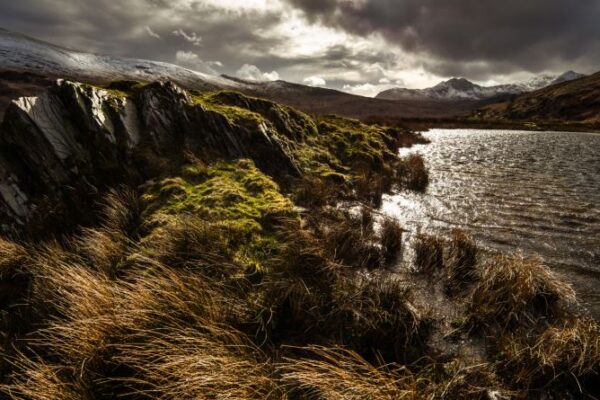 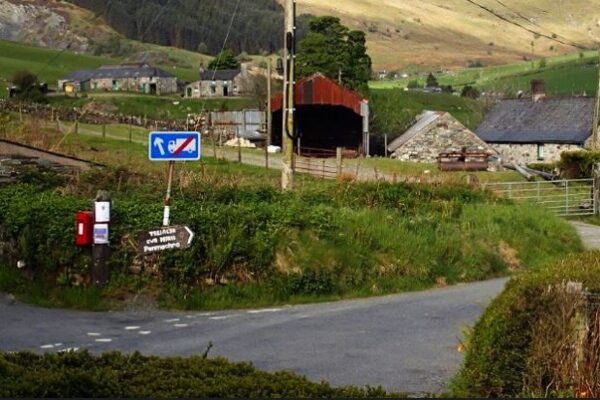 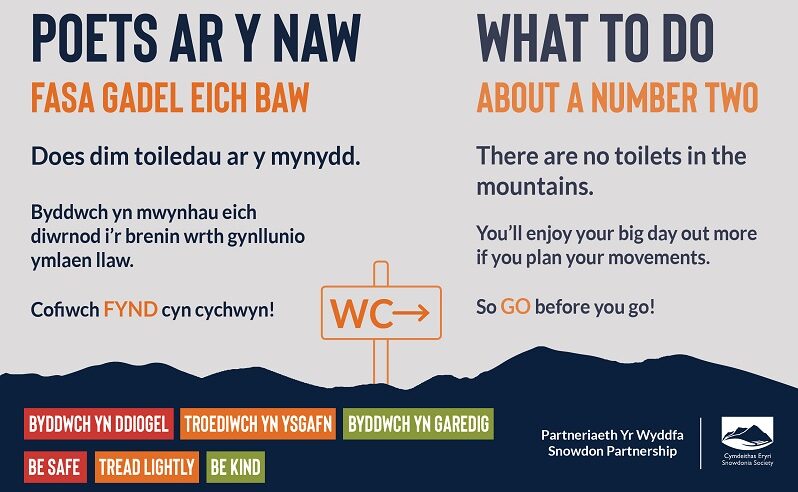 No toilets in the mountains?