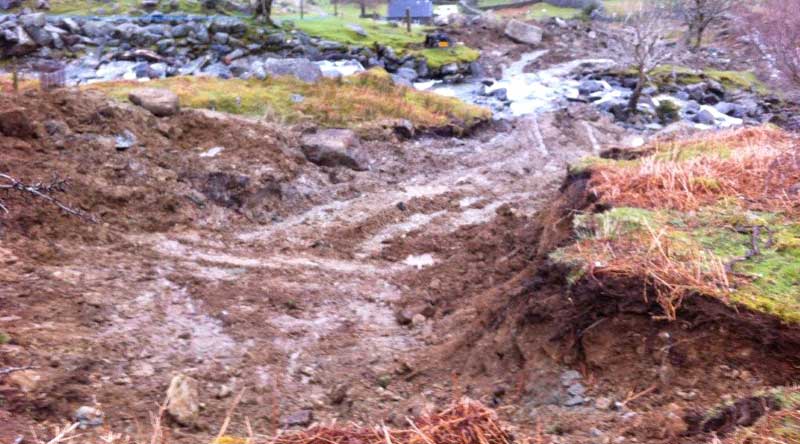 The pictures speak for themselves

Images of a hydro-electric scheme under construction in Nant Peris… This one at Afon Las Gwastadnant is a development by North Wales Hydro Power.

Part of the site is designated Special Area of Conservation and Site of Special Scientific Interest. Whole site is in the National Park. This beautiful section of river should therefore be rigorously protected.

The images show what can happen once the digger gets on the mountainside. 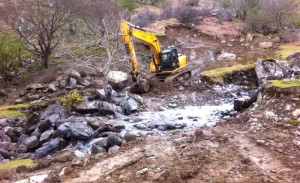 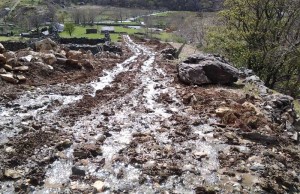 If you feel strongly that enough is enough, write politely to:
Jonathan Cawley, Head of Planning and Land Management at Snowdonia National Park
jonathan.cawley@eryri-npa.gov.uk
and
Tim Jones, Director of Operations for North Region at Natural Resources Wales tim.jones@cyfoethnaturiolcymru.gov.uk

They had all the necessary ecological surveys done.
They wrote a ‘Detailed Method Statement, Environmental Management Plan and Restoration Plan’.
They were thus able to show that every stage would be planned and executed with care.

There are lots of these schemes across Snowdonia. This is a small one – the works here are to bury a pipe just 30cm in diameter, for a scheme which will produce enough electricty to power at best a few dozen homes. (For comparison the Conwy Falls scheme would have a pipe about 6 feet across).

The Snowdonia Society has consistently raised awareness of the risks posed by some of these schemes: risks to the landscape, ecology, and integrity of our precious upland rivers and streams. Those risks can include what happens during both the construction and operation phases.

Our money – public money – in the form of feed-in tariff payments goes to landowners and developers who build hydro schemes. And public money pays for NRW staff to investigate reports of silt pollution such as the report at Afon Las and Llyn Padarn last week.

So yet again we ask the members of the National Park Planning Committee and we ask Natural Resources Wales: for the sake of our irreplaceable rivers, will you stop this juggernaut while we still have a few unspoilt wild natural rivers left?

If you feel strongly that enough is enough, write politely to:
Jonathan Cawley, Head of Planning and Land Management at Snowdonia National Park
jonathan.cawley@eryri-npa.gov.uk
and
Tim Jones, Director of Operations for North Region at Natural Resources Wales tim.jones@cyfoethnaturiolcymru.gov.uk